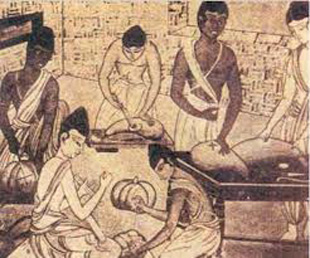 The medical fraternity in India congregated as an association for the first time probably in 1885 AD when the doctors in the erstwhile Bengal formed the Bengal Medical Association in 1885 under the Presidency of Rai Bahadur Dr. Lal Madhav Mukherjee. After ten years of functioning the association was expanded to include medical persons from all over India. The All India Medical Association was formed under the President ship of Rai Bahadur Dr. Lal Madhav Mukherjee, with the Secretary being Dr. J.R.Wallace.

With the growth of the surgical specialties the various sections in the ASI started taking shape. In December 1954 at Nagpur during the occasion of the Annual Conference of the Association of Surgerons of India(A.S.I) the cardiovascular thoracic surgeons(then known simply as the thoracic surgeons) of India met together and resolved to unite into a separate body to be known as the Thoracic Surgery Section of ASI. They held their first annual meeting along with the Annual Conference of the ASI the very next year, with Dr.Reeve H. Betts as President and Late Dr. A.K. Basu as the Secretary. Through the effects of Late Dr. Meherji Mehta and Dr. B.L. Gupta, the thoracic surgeons of India conducted their scientific meeting independently for the first time in September 1970 at Bombay. This was termed as the Mid-term Conference. Many specialties held a mid-term conference in addition to their “Section” during the main Annual conference of the ASI.

The development of Cardiac surgery in the country and the interdependence between surgeons and physicians led many to feel a combined meeting would be meaningful and more useful. In August 1972 Dr. Sujay B. Roy and Dr. N. Gopinath brought the Cardiologists and Cardiothoracic Surgeons together for the first joint Conference organised at the All India Institute of Medical Sciences, New Delhi. The Thoracic Surgery Section of the ASI was registered as the Association of Thoracic & Cardiovascular Surgeons of India (A.T.C.V.S.I) in the year 1982. The first issue of the Indian Journal of Thoracic and Cardiovascular Surgery(I.J.T.C.V.S)with Dr.Solomon Victor as the Editor was published also in the same year. The ATCVSI continued to hold its mid-term conferences with the Cardiological Society of India and the Annual Meetings with the Annual Conference of the ASI. Increasingly, the cardiovascular-thoracic surgeons had to play essentially a secondary role, both during the mid-term and the annual conferences. Their efforts to hold the Mid-term Conference before October or to shift the Annual Conference of the ASI from December to February met with no success. The Annual Conferences became thinly attended affairs and the Mid-term Conferences hardly discussed papers on General Thoracic and Vascular Surgery.

With a view to nurture the cardiovascular and thoracic surgical association the need to be standalone was felt by many. Consequently, in 1985 at Bangalore, during the presidency of Dr. J.S. Gujral, it was unanimously decide to hold the annual scientific meeting of the thoracic and cardiovascular surgeons independently in the month of February every year. In pursuance of this decision the first independent Annual Conference of ATCVSI was held at Madras in February, 1988. Encouraged and almost astounded by the tremendous success of this conference, steps were taken towards forming a new autonomous society. A committee consisting of Dr. P. Shatapathy as Chairman and Dr. P. Venugopal and Late Dr. P.S. Narayanan as Members prepared the drafts of the Memorandum of the Association, the Rules and Regulations(Constitution) and the By-laws for the proposed new society. These were adopted at Pune in 1990 and finally, the Indian Association of Cardiovascular-thoracic Surgeons (I.A.C.T.S.) with Dr. K.R. Shetty as the protem President was registered at Bombay under the Societies Act, 1860 and Bombay Public Trust Act, 1950.

The same year, on 15.6.1991, the ATCVSI was dissolved, through the unanimous resolution passed by it General Body during it annual meeting held at Bombay, and it entire membership, fund and assets were transferred to the new society, the IACTS. Soon thereafter, elections through secret ballot were conducted for the first time and the first Executive Committee of the IACTS with Dr. Sharad Panday as President and Dr. P. Shatapathy as the Secretary took charge. The following year the Fellowship of the Association (F.I.A.C.S) was instituted and regular biannual publication of the Journal(IJTCVS) commenced.

Since then it has been a tale of unprecedented growth and unparalleled development, underscoring the adage.

Our belief at the beginning of a doubtful undertaking is the one
Thing that insures the successful outcome of our venture.